Recall that in Woody Allen’s comedy Annie Hall, young Alvy Singer’s mother takes him to the psychoanalyst.  Alvy has read that the universe is expanding, and upon making this discovery – presumably something he learns by reading popular science – he worries that this means that the universe will some day fall apart. This has thrown him into a kind of depression or existential crisis.  From his mother’s perspective, the most serious symptom of his condition is that it has caused him to neglect his homework.  You can watch the scene from the movie here

When Alvy learns of the expansion, and presumably the heat death of the universe, his reaction is to pose a philosophical question:  “What’s the point?”; What is the point of doing one’s homework?  What is the point of doing anything? Given that the universe is finite he concludes, and given that (he assumes) we do things because they will lead to some future good, he concludes that in the end, none of our actions (he believes) will matter.  How can we help poor Alvy?

Alvy was moved to this conclusion by his encounter with some piece of scientific lore but also because of his assumptions about what matters and why they matter.   Science tells us about the way the actual world happens to be.  There are aspects of the actual world that seem troubling to us and we would prefer that the actual world be different from the way we find it.  As such, we have the capacity to consider possible ways things could be that differ from the actual.  Science, history, or the news, tell us how the world actually is.  We have the power to reflect on what it would be like for things to be otherwise.

Alvy is disturbed by the world as he finds it.  He is moved to ask a philosophical question by learning something that he finds difficult to reconcile with the way he understands value.  This is not an uncommon experience.  We are often struck by facts about the actual world, both positive and negative in nature that drive us to ask questions that we can identify as being broadly philosophical.  Negative aspects of the world, or of our experiences, for example, apparent historical injustices, natural disasters, inexplicable cruelty, major failures in one’s personal life or in the wider world, can drive us to ask philosophical questions – questions about value, cause, responsibility, and the like.  Notice that we can also be driven to philosophical questions out of a sense of wonder or appreciation: We can be amazed by the beauty or majesty of the natural world, the power of mathematical reasoning, by the birth of a child, or by the overwhelming power of our experience of love.

Given that philosophical questions arise for us, what are we to do?  How should we understand concerns like Alvy’s?  If we begin by taking them seriously, the problem is, how do we proceed.  Let’s consider whether the natural sciences can be of any assistance.

To answer some kinds of question scientific inquiry is the right strategy.  If I want to know the atomic weight of nitrogen, it would be foolish to try to determine the answer from my armchair without the assistance of experimental inquiry. Some philosophers have argued that scientific inquiry is our best way of answering all questions.  But there are some questions where it would be futile to try to use the methods of science.  Most obviously, if I were wondering whether science could be trusted, it would not make sense to use the methods of science to answer the question.  Similarly, it is unclear how physics can provide us an answer as to why physics should be valued.  Consider the following question:

What is the purpose of science?

Is this a scientific question?  We can imagine a range of ways of answering this question, but it is difficult to imagine a scientific justification of the value of science.

Some questions are not answered by looking at the way the world happens to be.

A question like “what should I care about?” is unlikely to be answerable via experiments or surveys.  Imagine running a survey that finds that 85% of respondents believe that the most valuable aspect of life involves family connections and relationships.  Maybe the majority is right, but they might be wrong.  Majority opinion is often incorrect.  Perhaps there are venues where majority opinion is correct.  For example, suppose we were curious as to the meanings of specific English words, in that case a survey of competent speakers might seem appropriate.  But notice that even here English speakers would not be reliable sources in the case of words that are not commonly used.  If we asked most English speakers what the word ‘weal’ means, the majority would likely be unable to answer without consulting some authority. Clearly there is a very limited set of contexts where the opinions of the majority are informative.  Most importantly, the opinions of the majority certainly won’t tell me whether I should accept the opinion of the majority.

Wittgenstein, for example, often wrote as though the urge to do philosophy was something that called for a therapeutic response.  On this view, rather than attempting to answer philosophical questions we should treat them as symptoms of a kind of confusion or misunderstanding.  If philosophical questions are diseases, the disease seems to arise from something so deep in us that it is perhaps indistinguishable from what it means to be a fully human person.  Consider Alvy’s concern.  He might be wrong about the facts of the expansion of the universe and he might not be thinking about the relationship between value and cosmology correctly.  However, pretend for a moment that he has the facts straight and that his account of value is more or less in order.  Now imagine being in his position and not taking the problem seriously.  Alvy is a thoughtful little boy faced with, what from his perspective is a genuine problem.  What would it mean for him to be cured of his concern?  Would he be a more admirable person if the heat death of the universe did not concern him?

What is one to do with such questions?  As we have seen, generally speaking, philosophical questions are not answered by running surveys or experiments.  In fact, science alone simply cannot answer these questions.  Science is limited in important ways. We are all, to some extent, concerned with the answers to questions about the nature of value, truth, and reality and philosophy is dedicated to helping us to find these answers for ourselves.

Let’s take a fundamental concern like the following.  What does it mean to say that something is real?  Is the mind or the soul real?  Are social institutions like nations or currencies real? Is it correct to argue that the only truly real things are the fundamental particles of physics?  Here, science is of relatively little help. For instance consider the question as to whether shadows or holes are real.  Perhaps we are not necessarily denying the existence of shadows or questioning their apparent reality, but instead asking instead what kind of existence they have.  One might ask, for instance, whether it is right to see shadows as being as real as the objects that cast shadows.

We can assume that even Wittgenstein would not wish to take all objects as being on a par ontologically, consequently we can assume that he would, perhaps begrudgingly, permit us to inquire into the character of the dependence relationship between the existence of shadows and the existence of things that cast shadows.  Such inquiry is partly a matter of science, but it also involves our capacity to consider possibilities other than the way things actually are.  Is my being an uncle, more or less real than my being human?  I am really a teacher, (not a fake teacher) and I am really human (not a mannequin) but could it not make sense to say that I instantiate the property of being human in some stronger sense than I instantiate the property of being from Kansas? Can I instantiate the property of being an Irish citizen and also be a Kansan?  Philosophers who study these questions can begin to make sense of such claims and questions in a variety of ways.

Even if Wittgenstein were right about the origins of philosophical questions, his diagnosis itself is infected with a genetic fallacy.  Just because the philosophical problem was born out of some original confusion or mistake, does not mean that it should not be taken seriously in its current form.

Wittgenstein inspired a movement in philosophy that we now call ordinary language philosophy.  It was relatively short-lived but it has had deep influence on some of the most important philosophers who followed.   One of the more interesting followers of the ordinary language tradition was Peter Strawson.  Unlike the ordinary language philosophers who preceded him, Strawson actively engaged in what we would recognize as investigation into matters of ultimate concern. Strawson described metaphysics as the finding of reasons for what we believe on instinct.  Rather than stopping at ordinary language, Strawson’s goal was to provide an explanation for some of its more prominent and philosophically significant features.  In his 1959 book Individuals he undertakes an analysis of the fundamental categories that he believed were essential to human reasoning.  It provides an argument for the fundamentality of space and time and suggests that bodies in space and time should be considered the basic particulars of our metaphysical framework.

In our next essay we will examine what it means to think carefully about ontological questions, questions about the fundamental nature of Being.

Nietzsche: The Power Within Us | Steven Gambardella 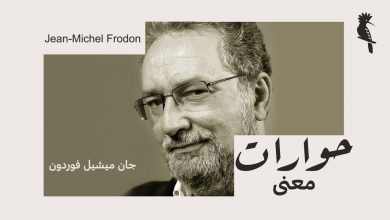 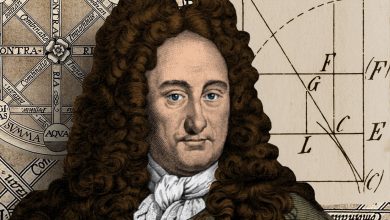 Leibniz and the Idea of Universal Machine – Olga Pombo