An interview that Judith Butler specialized for Mana platform.

– “Maybe we have a false idea that the able-bodied person is somehow radically self-sufficient”, allow me to start this interview with the beautiful walk you took with Sunaura Taylor in 2010, why did you decide to have that walk, and how does it relate to your reflections on mobility as an abstract right, yet there are too many regulations now that affect a simple decision as taking a walk?

JB:  I had not met Sunaura before, but her sister, Astra, the filmmaker, thought we would have much to say to one another.  After that, Sunaura took a class with me, published a book and several articles in the field of animal studies and disability studies, and more recently, she became my colleague at the University of California, Berkeley. We began our conversation by wondering what it means “to take a walk.”  This is something she does all the time, although she does not walk with her feet. The “walk” becomes a different kind of activity, one that is supported by technology, human support, and appropriate pavements.  She helped me to consider all the kinds of infrastructural conditions for movement, and I remain grateful to her for teaching me.

– We are acquiring new habits; social distancing, fear of touching things, breathing without a mask… it is almost we have a new contract with our bodies and the bodies of others. Can we use performative theory as a conceptual lens to understand the way we respond and our new physical behavior in the current crisis?

JB:  The “performative” is only one part of a larger theoretical framework for me, so I do not know about performative theory!  But you are very right that we suddenly now become very deliberate about how to walk, the distance we take from one another, how we touch surfaces, others, and how we take in the air we need to breathe, and how we exhale the air in ways that do not potentially harm others. There is a kind of ethical consideration that pervades ordinary movements, gestures, the basic ways that we lives.  Of course, that can become paranoia and sometimes feel like an unjust confinement.  But COVID confinement is not the same as prison.  We accept the injunction to shelter in place because we care about everyone’s life, including our own.  Perhaps there will be a new ethos of solicitude that emerges from these times.  If it does emerge, it will help to combat vaccine nationalism and the new fascisms.

– “The world after covid-19” there are different point of views picturing the economic situation, capitalism, health care, social relations… What is yours? You talked about the economic body which seems to be more significant than human body, do you think that world order post-corona will just resume as it was before?

JB:  It could be worse or it could be better.  Or it could be that some of us have a renewed understanding of the radical importance of health care justice and equality as well as the urgent need to reverse the destruction of the earth.  My sense is that we are witnessing intensified racism and even the normalization of fascism.  At the same time, there are intensified struggles for racial justice, against police and military violence, so the terms of the struggle are more clear than ever.  It is very worrisome to me when the health of the economy is more important than the health of the people.  We see how many workers have been sacrificed in the name of economic production and profit.  The right to unionize has also been severely challenged, but I see that more workers regard unionization as necessary for a livable wage and, hence, a livable life.

– Recently in Japan, museums asked people to give them their used masks, gloves, posters of events that did not take place, tickets, journals, and all kinds of little things related to their daily lives during the last months because “people easily forget”. I assume this constant loss of memory will be part of your recent lecture in “Reina Sophia Museum”. You are discussing that some of the most brutal periods in history are transmitted more persuasively via little things. Is it possible to tell us more about the content of this recent lecture?

JB:  I was interested in that lecture to appreciate the work of Nelly Richard, a French writer and activist who has lived most of her adult life in Chile.  She understand aesthetics to be at the heart of political resistance and she has allied with some of the most important feminist, queer, and trans movements for emancipation during our historical time. Marx gave us a brilliant analysis in the 18th Brumaire about how reactionary desires seize upon the costumes and gestures of former times, how those objects get invested with a desire to restore privilege or to further empire.  Richard claims that there are ways to use the fragments of history for emancipatory movements, but she argues that we must have a way to produce an archive of lost or broken memories in order to move with sorrow and vision into the future.  We often lament the existence of mere fragments from times that are lost, especially cultures destroyed, but for Richard, the fragmentary text and the broken memory allow us to imagine a future against the genocidal politics of the past.

– It has been always astonishing to read the speech you gave on the occasion of receiving Adorno’s award, especially when you say “If I am to lead a good life, it will be a life lived with others, a life that is no life without those others.”.. You have always given us, your readers, the argument to defend our bodies, identities, even to rethink our venerability, melancholy and morning as ways of resistance.. You touched the lives of others, who are unknown to you, and helped them to understand something so personal yet ambiguous about themselves, how do you think of your influence as a philosopher? Do you think that you made this accessible bridge between abstract knowledge and people’s life?

JB:  I entered philosophical thinking before I understood philosophy as an academic discipline.  For me, philosophy was always bound up with the question of how to live, so I approached the whole field with that question.  It took me some time to understand that the personal question, how do I live?  Even, should I live at all?, is always a social one, and that individual survival depends upon the conditions of life.  We have to fight for livable conditions of life together precisely because they are shared (even if they are not registered in experience in the same way).. For that reason, I have come to see moral philosophy as bound up with social and political philosophy and modes of engagement.

– In the last decade, you have been working on new politics of the body based on “human dependency and interdependency,” you also address the politics of life and death as shaped by precarity. Now as much as we need to be left alone, not to be approached by strangers, we are depending on strangers as doctors, nurses, delivery guys. In UK for example loss among these categories are very high, and high percentage of them are migrants or originally from different parts of the world. Would you comment on that?

JB:  It is true especially in the US that many people in bourgeois households are aware of their dependency on supply chains and frontline workers in a new way.  There is nothing we can order that does not imply a labor question.  The movement now among Amazon workers to unionize is especially important, and the situation of homelessness remains urgent and not well addressed.  It is also true that manual labor is very often performed by non-citizens, so we have to address as well the demands for legalization on the part of all those who are undocumented.  The racism and xenophobia involved in relying on foreign workers to do the work that exposes them to the virus is clear.  They are considered populations who can be sacrified, what I would call “ungrievable.”  But there is nothing in them that is “ungrievable” – it is a social and economic system of value that designates them at once as “essential” and “replaceable.”  It is a massive injustice of our times.

– In this very dark moment of uncertainty, illness, and fear around, what gives you the hope? Specially you seem hopeful in you recent book “Non-violence Force”

JB:  Perhaps I try to provide some uplift for my readers.  I think idealism is a way of tapping the potentials for hope within a grim landscape.  Even if hope is unrealistic, that is no reason not to hope.  We have to be willing to be mocked and dismissed when we hold out for the possibility of radical transformation.

– Your non-violence philosophy give us a new interpretation of violence and helps to re-look into “us”, in both sides even those who harm us, they also become us, as much as this way of seeing is urgent and necessary it seems impossible in reality.. Is it?

JB: It was possible for Gandhi and for Martin Luther King. It is possible for the Boycott, Sanctions, and Divestment movement in Palestine.. It is possible as well for the feminists on the street in Argentina (Ni Una Menos) and in Chile (Las Tesis), so perhaps we should ask, what makes it possible in such movements?

– It has been 40 years since Said book “Orientalism” are we (east-west) (Colonial-postcolonial) still standing in the same position?

JB:  It remains a brilliant book, despite its limitations, because Said compelled many people to see how the “West” is defined by its imaginary relation to the “Orient.”  These were silent and destructive frameworks that served cultural imperialism, and he quite literally taught us how to “undo” one imaginary in order to imagine a different world.  Oe could say that Said inaugurated the project of reimagining the world outside the boundaries imposed by the colonial imagination.  Now, we also must think about North and South given the destructive history of exploitation and extractivism, and perhaps at some point we can move beyond hemispheric thinking toward a notion of the planetary as some thinkers – Spivak, Mbembe – have insisted.

All thanks and appreciation to the philosopher  Judith Butler for the interview he specialized for Mana platform.
شاركها
Facebook Twitter LinkedIn WhatsApp Telegram 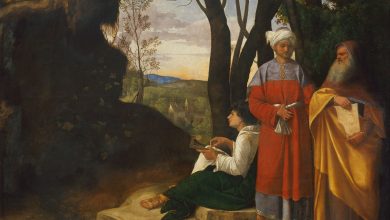 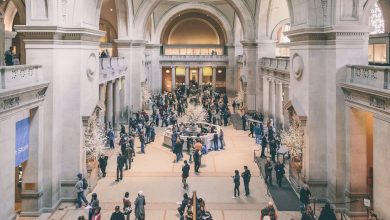 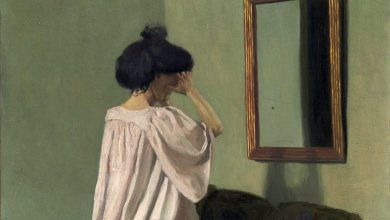 What are Mirrors for? – Irina Symons 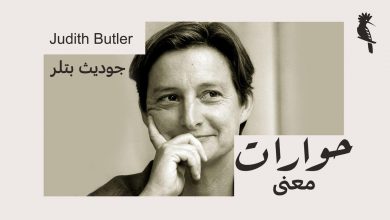